I have been sewing since I was a very young child…I actually went to school for Fashion Design so when I spotted these very cool sewing items and knew they would be the perfect things to use to create a Sewing themed resin jar topper.  Inside the jar could be antique buttons, small spools of thread, zippers….            oh the list could go and on… 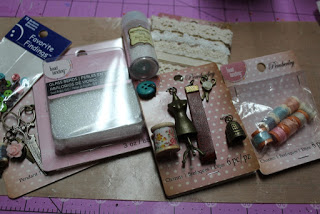 Along with the sewing themed items I gathered some lace, beads and glitter.
Then to get started… 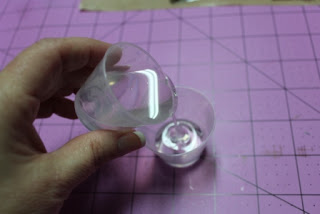 I measured 1/2 ounce of the resin and hardener from the EnviroTex Lite®.
I poured them together. 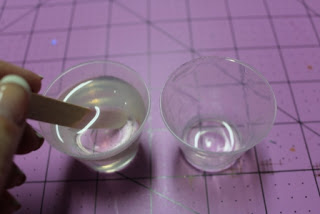 and mixed for a full two minutes. 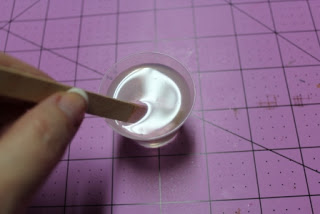 Then I poured the mixture into another cup and mixed for another minute. 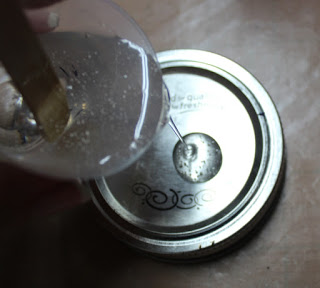 I poured a small amount of the resin into a jar lid and ring that I had glued together the night before. 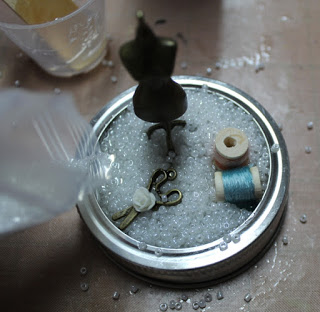 I placed the dress form, a couple spools of thread andsissors into the resin.
Then I poured some of the micro beads on top.
The dress form did not want to stand on its own,
so I moved it around a bit and got some of the beads under it. 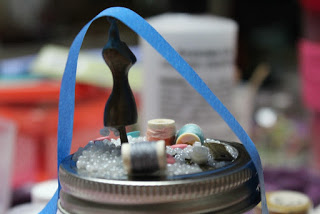 I poured some additional resin on and added another spool of thread,
some buttons and a small ruler.
Then I poured the last of the resin on top of the beads,
and formed a good base around the base of the dress form.
Then I took a small piece of painters tape and attached it to one side of the ring,
up and over the dress form and onto the opposite side of the ring…
to help hold it in place until the resin set up. 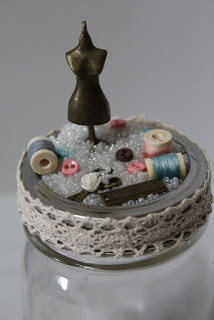 Once it was set up I added a piece of lace around the rim and placed it on the jar!! 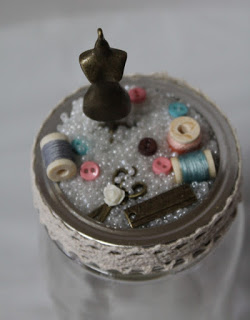 I wanted to get a photo of it right away as I just loved how it turned out…
which is why there is nothing in the jar as yet….
It will be fun deciding what should go in there.
The resin will hold everything securly on the top…
What’s your hobby?  I am sure you could make a jar topper
with some of your favorite things too!
0 shares
Previous Post: « Casting with EasyMold Silicone Putty
Next Post: 11 Resin projects using ETI »

This site uses Akismet to reduce spam. Learn how your comment data is processed. 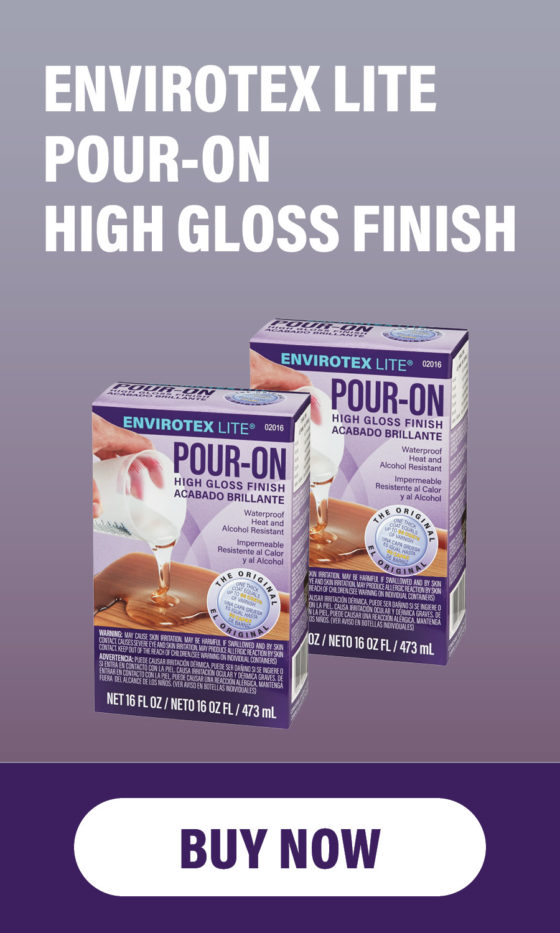 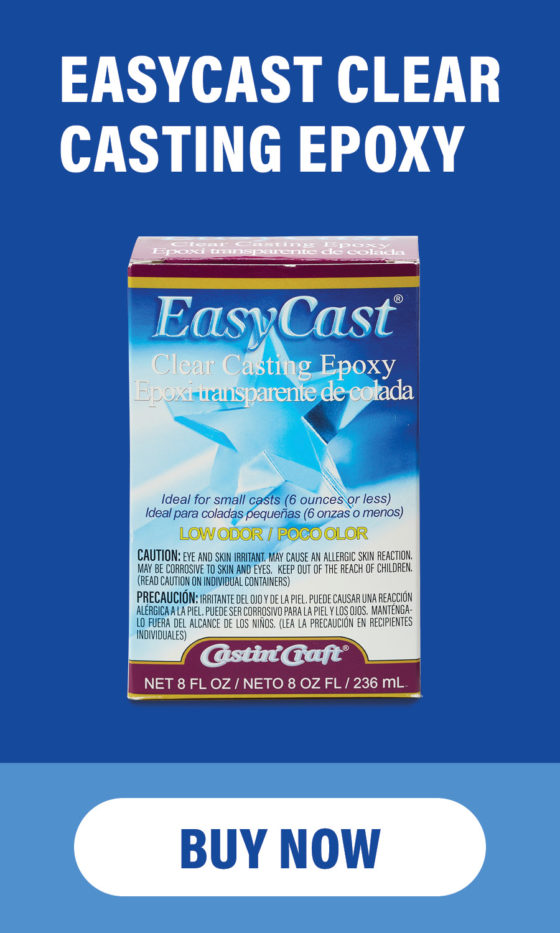